Skip to main content
CONTINUING ONLINE OPERATIONS
Loyola is continuing online operations while we prepare for reopening safely in the fall. Coronavirus resources

This page provides a quick reference to the most frequently used online University Publications and University Archives. 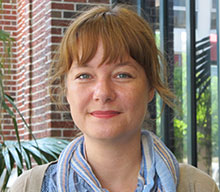 The Loyola Bulletins act as course catalogs for the university. Bulletins for 1855-56 through 1876-77 are for Jesuits' College. The name of the school changed to College of the Immaculate Conception later that year. Bulletins for early 1910s through early 1920s are for high school and grammar school departments. Loyola College was the next forerunner of Loyola University. After Loyola University was formed, the college was a grammar and high school. The general bulletins continued to be published to the present day. Individual colleges and schools within Loyola published bulletins as well. Loyola’s bulletins were digitized by the LYRASIS Mass Digitization Collaborative with funding from the Alfred P. Sloan Foundation. Note: Monroe Library's Special Collections & Archives does not have copies of the School of Dentistry's earliest bulletins, but 1914-1923 have been digitized by the University of Illinois Urbana-Champaign and are also available in the Internet Archive.

The Maroon, the student newspaper of Loyola University New Orleans, has been published since 1923. The Maroon covers student life, campus activities, cultural and athletic events, Loyola University New Orleans administration, faculty and staff, and other features. These are available through the Louisiana Digital Library (LDL), an online library of Louisiana institutions that provides over 144,000 digital materials.

The Wolf, the yearbook of Loyola University, has been published since 1924. The yearbooks contain invaluable information about student life, classes, and faculty. The Wolf Yearbooks were digitized by the LYRASIS Mass Digitization Collaborative with funding from the Alfred P. Sloan Foundation and are available via the Internet Archive.
Video Tutorial

Basketball Films, programs, and media guides, from the Loyola University Athletics Collection, were digitized by the Center for Louisiana Studies at the University of Louisiana at Lafayette thanks to generous donations from John Erb and Charles Young.