Skip to main content
It looks like you're using Internet Explorer 11 or older. This website works best with modern browsers such as the latest versions of Chrome, Firefox, Safari, and Edge. If you continue with this browser, you may see unexpected results.

Tips and tricks for better quality in Streaming Video

Here at Loyola New Orleans, we store many video files on a service called OnStream, which displays detailed information about a video file this way:

The details along the right side of the OnStream display show that this particular video file has a frame width of 400 pixels and a height of 224 pixels. The aspect ratio of the file (width to height) in this case is 400/224, equivalent to the decimal value 1.786. On OnStream, the aspect ratio of this particular video is shown as "16:9," which is the same value within a small rounding error (16/9 = 1.778). The bit rate is 391, a measure of the data density of the file and directly related to the total size of the file.

The HTML code generator we use to create links to video content in the Learning Management System always sets the video display window to a width of 640 pixels and a height of 500 pixels, implying an aspect ratio of 1.28. These numbers are entirely arbitrary, and will work well for some videos, but less well for others. For example, the copy of the Last Metro described above has an aspect ratio of about 1.778, so it won't fit neatly into a window with an aspect ratio of 1.28. In this case, the file's width and height (400 x 224) are both smaller than the display window (640 x 500). The online video player will scale the image up as far as it can, but it will always scale both the height and the width of the file by the same factor, in order to keep the aspect ratio unchanged. The result is that the image includes large black bars that reduce the esthetic appeal of the viewing experience. In this particular instance, the default window size of 640 x 500 will produce results like this: 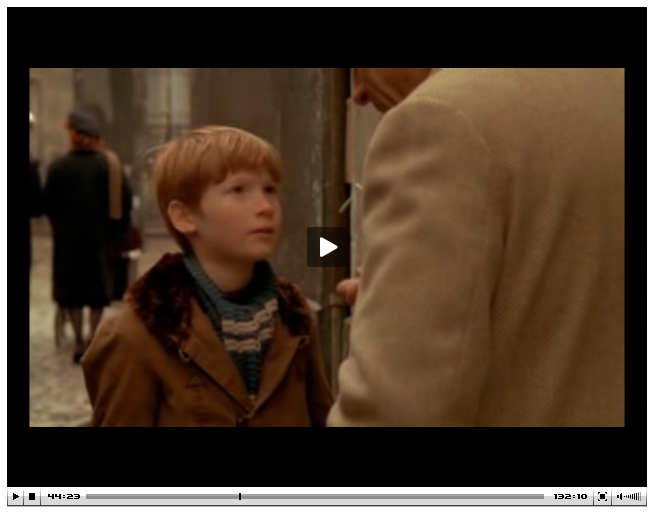 Without changing the video file on OnStream, and without changing the rate or total number of bytes transmitted over the Internet, the viewing experience can be improved by reducing the size of the black bars. This can be done by making sure that the display window size set in the HTML code that invokes the online player is closer to the aspect ratio of the file on OnStream. For example, the window can be set to the values as recorded on OnStream, a width of 400 and height of 224. That won't quite work, at least not with the specific online player used here, because that player displays video controls along the lower edge of the window, and those controls take up just about 20 pixels. To compensate, it is necessary to add those 20 pixels to the height, so the display window has to be 400 x 244 instead of 440 by 224. This produces a small display window with far less unused space (smaller black bars): 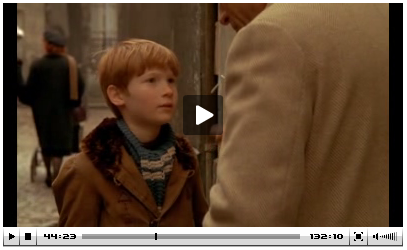 It is likely impossible to fully eliminate the black bars with this particular video file, since they appear to be part of the video program itself (they are burned in to the file). One possible cause of this is that during ripping and conversion from DVD the video image was resized in a way that failed to respect the aspect ratio of the original source. 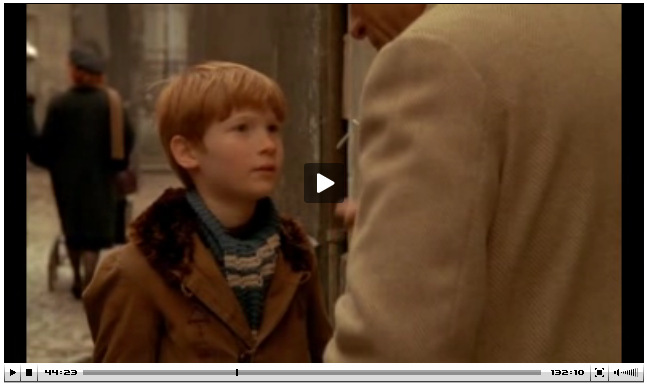 Theoretically, the display window can be set to a very large size. However, the characteristics of the video file place practical limits on what can be achieved. The relatively low bit rate (and therefore small file size) of this video file means that scaling the image up in size will quickly cause blurring and/or pixelation of the image. A larger file with a higher bit rate can usually be scaled up much further than a smaller file with a smaller bit rate.

If the ripping and conversion process respects the aspect ratio on the DVD or other original source, it should be possible to reduce the black bars completely to zero or very close to it. The Last Metro, used in the examples above, was reripped from the DVD for the purpose of creating an OnStream file with subtitles burned in. Processed through different software and different settings, the OnStream file containing the subtitled version a width of 720 and a height of 432, which is an aspect ratio of 1.667 (rather than the 1.7778 of the version without subtitles). To put that in a window of width 800, divide the desired width (800) by the file width (720) to find the scaling factor of about 1.111. Multiply the height of the file (432) by the scaling factor (1.111) to get 479.952, and round up to the next even number, 480. Add 20 pixels for the control portion of the display window to get a height of 500. Streaming the subtitled version of the film in the 800 x 500 window, then, produces an image with no black bars at all: 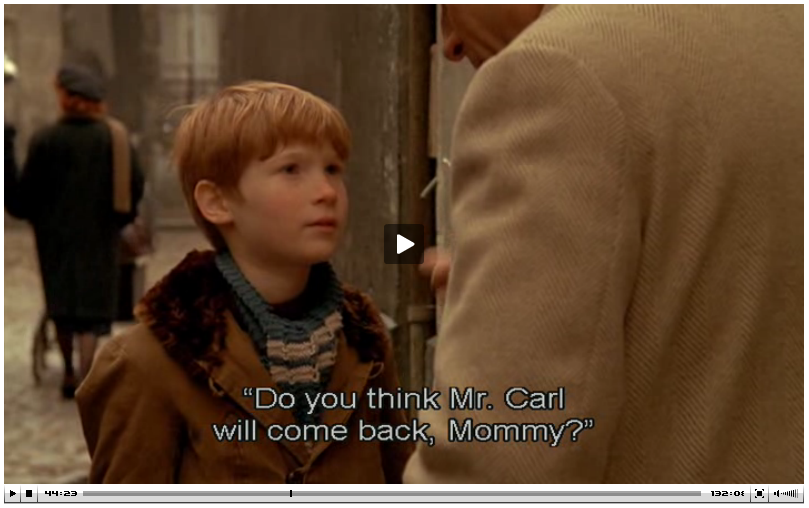 ABOUT THE HTML CODE

The Streaming Media Code Generator on the library's forms page always creates the HTML module for streaming a video with the size of the display window set arbitrarily to 640 by 500 pixels. The first line of the HTML code always begins with:

To change the size of the window as described above, only the numbers in this first line of code need to be changed. For example, to change the window size to a height of 244 and width of 440, the line would become:

Note that the addition of 20 pixels is specific to the particular streaming video player used. If a given player sets aside a different number of pixels for controls such as the start, pause, and stop buttons, that number has to be used instead of 20.