Skip to main content
It looks like you're using Internet Explorer 11 or older. This website works best with modern browsers such as the latest versions of Chrome, Firefox, Safari, and Edge. If you continue with this browser, you may see unexpected results.

Tips and tricks for better quality in Streaming Video

BLACK BARS EMBEDDED IN INPUT VIDEO FILE OR ON DVD

Many video files and some video content on DVD have black bars embedded in them. That is, the height and width of the video program already includes unused space, which appears as black bars either to the left and right of the program, above and below the program, or on all four sides. For example, the image below shows the VLC Media Player displaying the film "Men Who Start at Goats" from a commercial DVD. VLC has been set to scale itself automatically to the height and width of the video input. The black bars at top and bottom, then, are not artifacts from the player, but part of the program on disc: 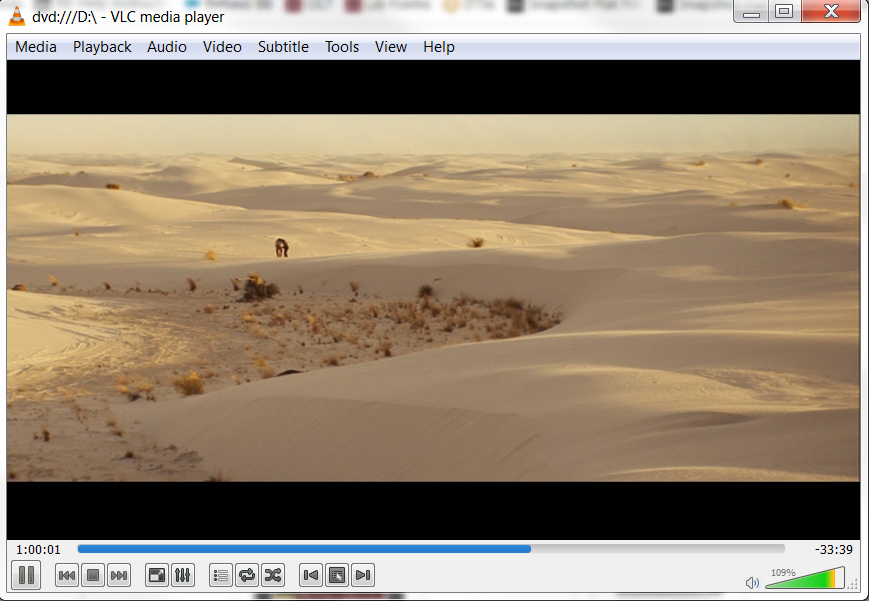 While avoiding the creation of black bars through improper settings in ripping and converting software is important, that is not the problem in this example. Here the black bars are already part of the video input. Respecting the aspect ratio of the input can only reproduce the  black bars that are already included. If the objective is to remove black bars that already exist in a video file, a slightly different solution is needed.

Different ripping and converting programs may or may not provide a means of doing this, and vary in how to specify what gets cropped out of the input image. Generally speaking, it is not enough just to specify a smaller height and width for the output file; it is also necessary to specify a starting position at which to anchor the smaller output window within the larger input window. Some programs provide "Cropping," "Black bar removal," or "Adjustments" to serve this purpose.

The free version of the Freemake video converter does not have automatic black bar removal, a feature provided by a premium upgrade. But the equivalent can be worked out by other settings, within some limits.  Freemake identifies the video on disc as shown above to have an aspect ratio of 1.7778. If the desired output file is to have an arbitrary width of 640, then the output height that would preserve the aspect ratio of the input would be 360. But an output of 640x360 would still have the black bars of the original. Looking at the video from the disc, one might guess that about 40 pixels should be removed from the top and the bottom (put another way, maybe each black bar is 40 pixels high). So a total of 80 pixels should be removed, reducing the height to 280 (360-80=280). Note that the reduction of 40 pixels top and bottom was a visual estimate only.

Clicking on the button labeled "Adjustment" until it's value becomes "zoom and crop" tells the program that any input pixels that won't fit in the output should be removed evenly at the top and bottom (that is, the smaller output window will be vertically centered within the larger input window). On the screenshot below, the red arrow shows the line of Freemake settings that achieve this: 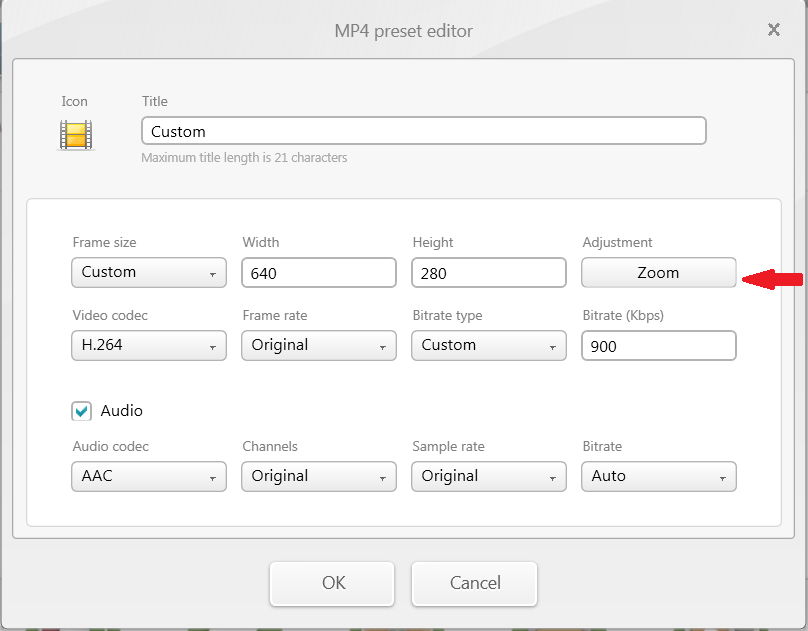 The video file created by these settings has greatly reduced black bars, as shown by playing the file with the VLC player set to scale itself automatically to the height and width of the file. Based on the output shown below, the estimate of 40 pixels on top and 40 pixels on bottom was just a little too small (very small black bars remain). 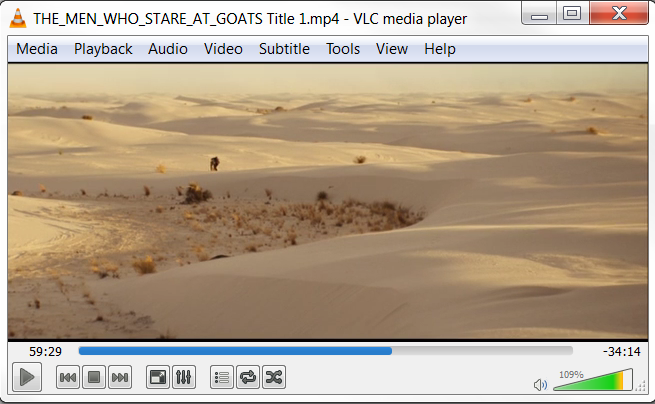 Adobe Media Encoder provides a more direct cropping function. Just to demonstrate the feature, the above video with the small top and bottom black bars could be reprocessed with Adobe Encoder to remove a few more pixels. As another guess, perhaps 4 more pixels (a visual estimate) could be removed from the top and bottom.

After clicking the preset conversion settings to enable customizing them, a screen allowing detailed setting overrides appears. Clicking on the crop icon (indicated by the red arrow, below) activates controls that allow the entry of the number of pixels to crop from any of the four sides of the input: 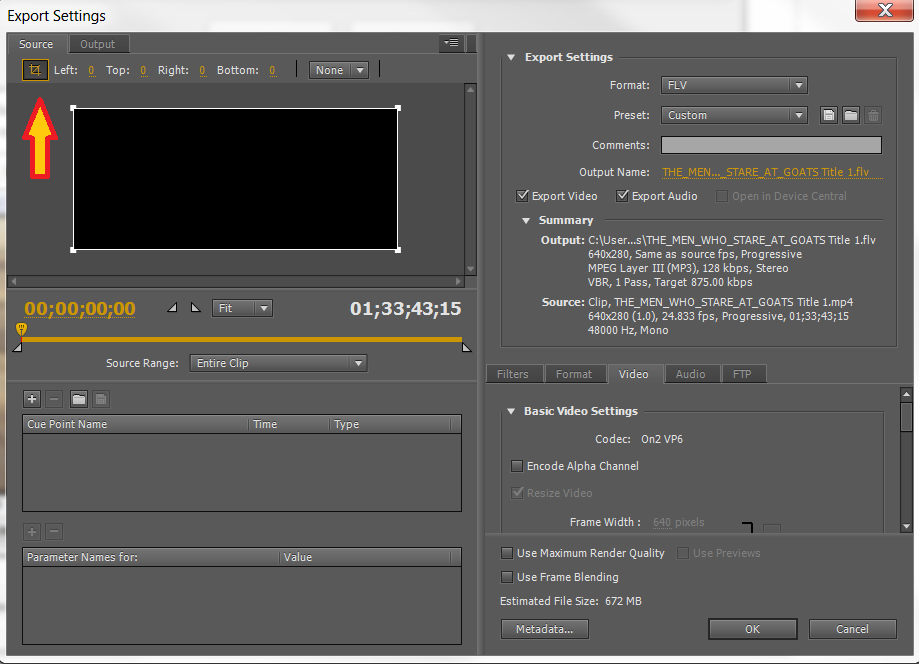 The resulting video, having four more pixels removed from the top and bottom, has no black bars at all. 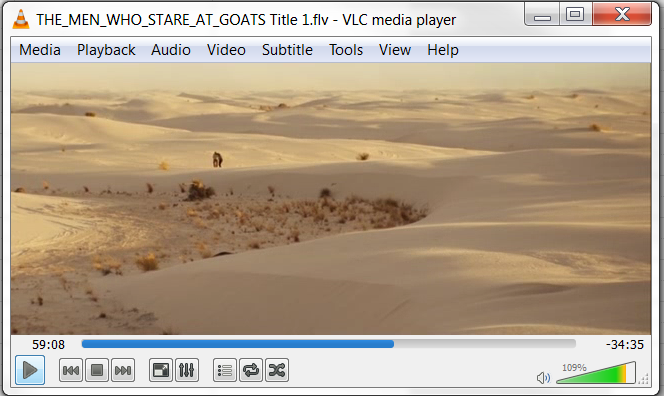 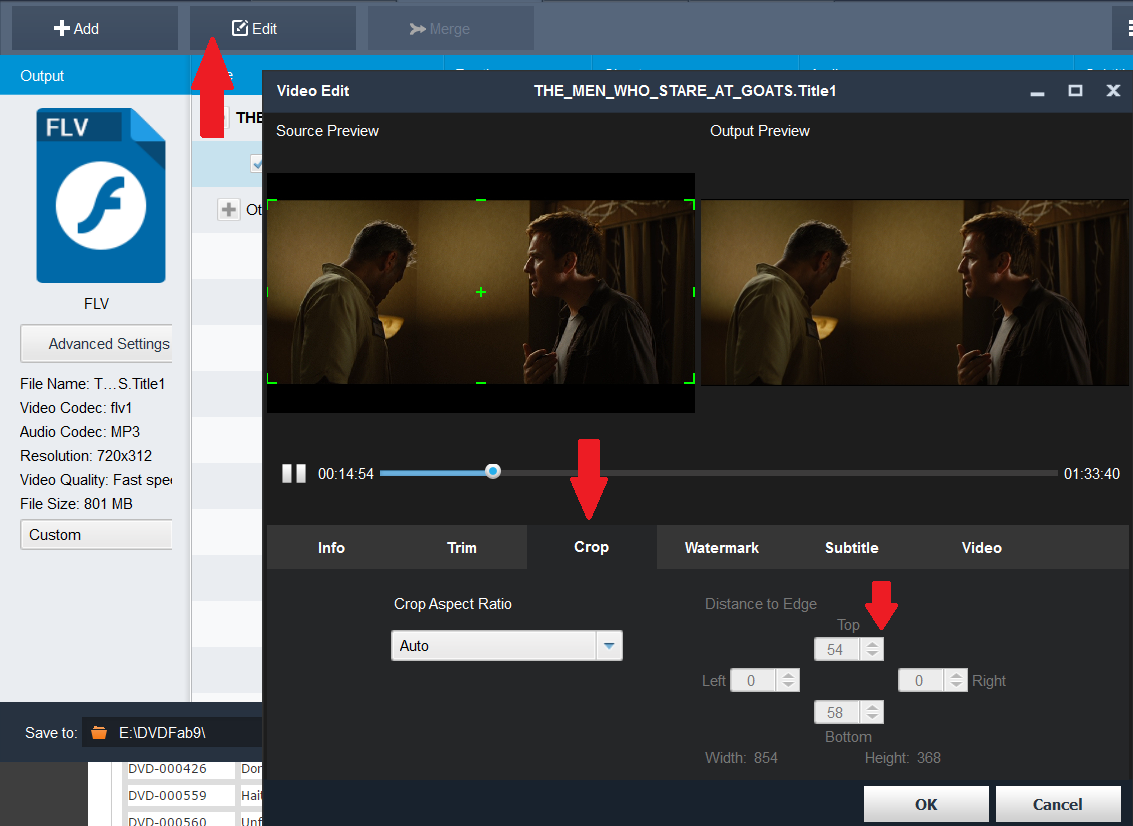 In this instance, the program has recognized the presence of black bars on the input DVD and has automatically recommend cropping 54 pixels from the top and 58 pixels from the bottom.  The Source Preview and Output Preview show the effect of the settings.

Handbrake has a cropping feature built into the options located within the Picture tab, as the red arrow shows below. Cropping can be set manually, but the program often recognizes black bars in the input file and sets the number of pixels to crop automatically. 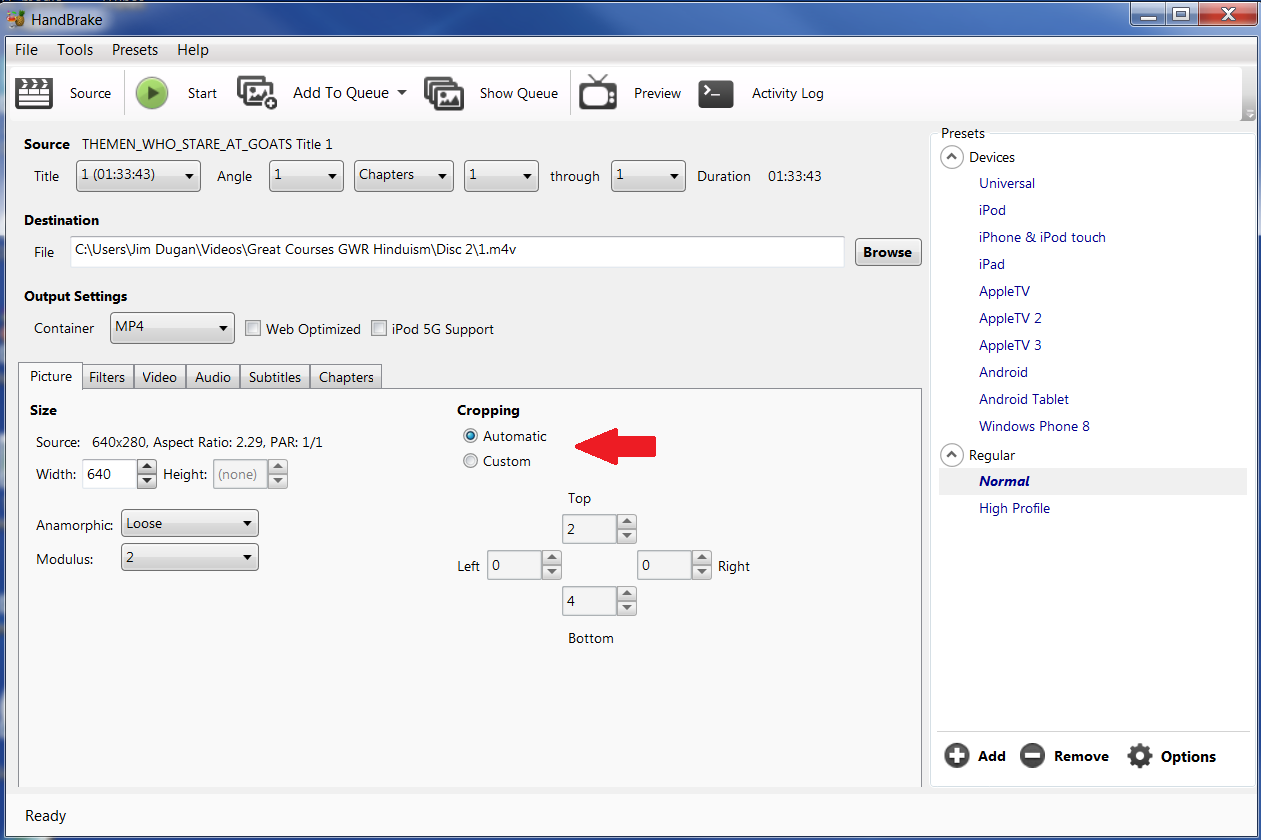 Taken from the product user guide at: https://www.macxdvd.com/guide/mac-dvd-ripper-pro.htm 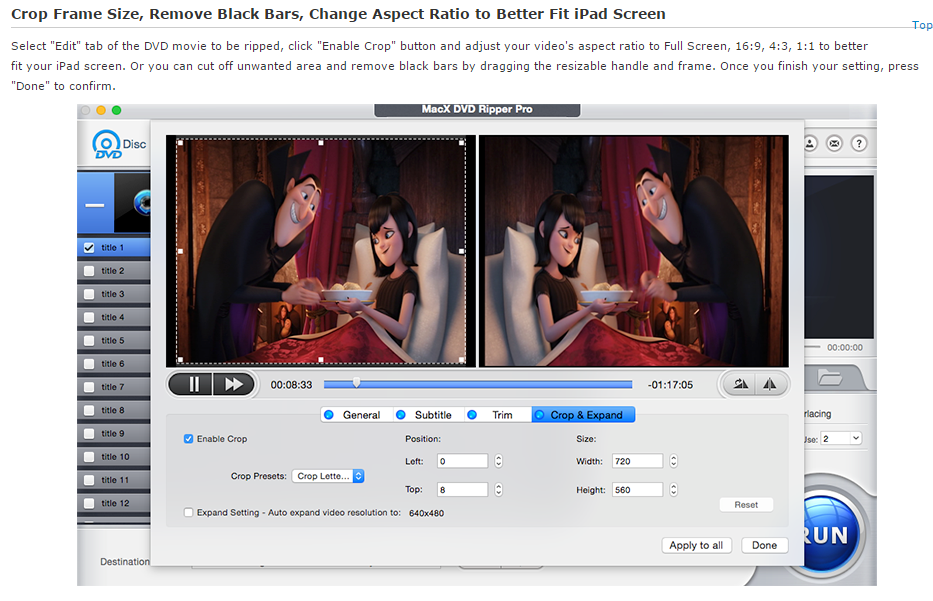